Popa Chubby – Booty and The Beast 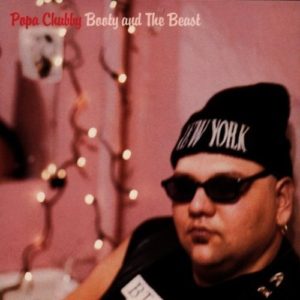 The blues have always been a mainstay for me throughout this musical journey. Something about that minor pentatonic scale, that little triad of notes which rings oh so inharmoniously enough to make some people (mostly of religious concerns) shudder in place, being used to create such music of the soul that has the power to lift people and bring a sense of awe. For me, this fascination of the genre started much like I imagine it does with many people, with the song Red House by Jimi Hendrix. To hear someone express themselves so purely, to present it with such a backdrop of hurt emotions, and yet create this sort of uplifting vibe which brings one out of the darkness brought a complete change in my perception of what music can be.

There’s been many a change in my perceptions like this since then, but The Blues in particular had this sort of natural “creep” aspect to it. Something about playing those notes which feel wrong from a classical perspective, but feels so right in practice makes it feel almost dirty. As if you’re exposing this hidden part of your soul to the masses to consume, and the crowd takes your raw emotion and channels it right back. It can be self indulgent at times, but that’s almost the point.

The last few years I had fallen behind on my listening in this genre, so the other week I walked into Moondance and asked Mike for his current favourite blues album. He grabbed a case off his wall of personal choices and put the disc into the stereo. This is how I was introduced to Popa Chubby. The album in question is his debut major-label full length “Booty and The Beast”, and at first glance you would easily mistake it for some mid 90’s low-budget rap album.The only correct thing about that assumption would be the time period. The first track, “Palace of the King”, starts off running, showcasing Popa’s (real name Theodore Joseph Horowitz) immense skills on the guitar and hook-writing capabilities. I immediately bought the album.

What really stuck with me right off the bat was the almost tongue-in-cheek nature of his lyrics. Songs like “Lookin’ Back” and “Sweet Goddess of Love and Beer” play on what seem like simple occurrences, but Popa extrapolates the event and expands on the small details. And the second last track, Sweat, tells the story of a less-than-chance encounter of some less than reputable people, with a bit of a twist ending. He’s pretty effective at telling a story through song while maintaining a sense of suspense, but his lyrics aren’t what immediately arrests my attention. It’s the music behind the words.

Popa was heavily influenced by the music of the 60’s and it immediately shows in his playing ability. Booty and The Beast is definitely a guitar based affair, which might explain why I relate to it so much. His progressions are more complicated than what you find in your traditional blues at times. The song “Anything You Want Me To” opens up with a very unique run that transitions into a very funky groove, which helps showcase the rhythm section as an integral part of the music. They never do get enough attention, so to hear the drums and bass being utilized with such effect is refreshing, especially when it comes to the blues.

All in all, the album at first listen seems like a standard blues fair, but that’s almost part of it’s charm. It’s not overly complicated, but it’s a fresh take on the genre while paying homage to what came before it. There are a couple of almost cringe-worthy cliches scattered throughout the piece (The ending of “Sweet Goddess of Love and Beer” comes to mind), but it’s almost expected at this point in a genre that’s lasted well over a century. If you’re a fan of the blues, or even an appreciator of a good guitarist, then you should definitely check out Booty and The Beast.

Also, what a ridiculous album title.