Earthside – A Dream In Static 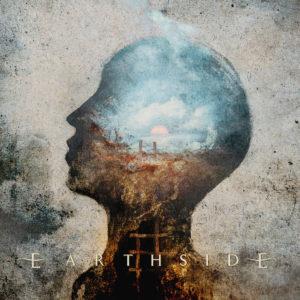 This global community we exist in really has flourished in the last couple of decades. It’s much easier to connect with anyone across the globe than it’s ever been, as people can be having face-to-face conversations within seconds with the advent of smartphones. This sense of inter-connectivity can be both a blessing and a curse, as sometimes this ability to have access to everything we could ever imagine can be almost debilitating. Everything you ever want to watch or hear can be pulled up in seconds, and yet it’s become near impossible to truly connect to peoples artwork, as the markets have become over-saturated with varying qualities of music from around the world.

However sometimes we discover something that just stands out among the others. You might not know why, you might not care to find out why, but it does. This was the case for todays album, A Dream in Static  by Earthside. I don’t even remember how I came across this masterpiece of music but I saw it there today staring at me in my recently played list on YouTube. So I decided to check it out and was delightfully surprised.

Earthside  is a creative collective based in New England, playing a style of music they call “cinematic rock.” It’s an interesting blend of post rock, progressive metal, and classical music, utilizing full orchestras to create an intricate sense of tension through the interplay of classical instruments and the beefed up distortion of guitars, massive drums and operatic singing and screaming.

Upon my first listen I’ll admit, the vocals didn’t quite sit with me. But after a few minutes of listening, they do seem to fit very well in the arrangement. They’re not too cheesy, but not overly aggressive unless required. Vocals are also an interspersed thing, brought in by different guest singers from different projects. Of course some singers bring a little bit more of what I can appreciate to the table than others. For instance the title track, while being beautifully composed, has a vocalist that just seems kinda, limp. But vocals are a very particular area for myself, and my focus is not towards them, but the music and level of production as a whole.

Prepare to be invested in your listening, as many of the songs stretch the 8 minute mark. Part of presenting a cinematic take on music is the ability to tell a story, both through words and the music itself. Being able to transition seamlessly from intricate and organic strings and woodwinds into loud and powerful rock choruses is quite a feat, especially with the grace and tactic that Earthside brings forward. When the songs aren’t being carried by the vocals, the instrumentation can really shine, such as the song Skyline. The musicians are able to really play with the flow in a much more expressive matter, bouncing around with less than consistent time signatures, and utilizing a large range of dynamics, with mellow and airy post-rock guitars, fluttering with delay and cycling the sonic atmosphere, then jumping into the heavier, progressive metal, incorporating aggressive drums and bass with technicality on the guitars. The keys play a large role, without being reduced to sit on top of the mix like an afterthought. As they drift along the aether, creating a pulsating rhythm to drive the rest of the groove, it creates a blanket of melancholy over this audible journey. At times the music descends into chaos, but just like the world we live in, it all comes back around to show us the way, whichever way we need to be shown.

For this being their debut release, and only being around since 2015, this collective reaches heights that I had not yet heard. They’ve really nailed the “cinematic” aspect of their genre, evoking a real sense of emotion over the course of an hour and 5 minutes. Check them out online here, and listen to the album in full below!