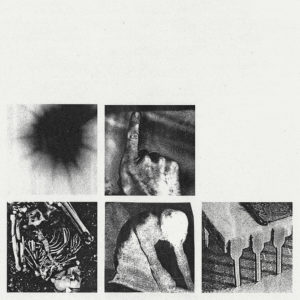 As you’ve probably figured out by now, I have a bit of a thing for Nine Inch Nails. So this “review,” might be a bit biased. But since these things have become less of a standard review and more of an exposition of the kind of music we enjoy here at Okzygen, I’m not gonna feel bad about it. Just like Reznor doesn’t feel bad about filling your ears with every imaginable variation of noise, because he does something amazing with it.

Part of what draws me in to Nine Inch Nails so much is the noise factor, how the very concept of unusable static can be turned into art. I’ve always been a fan of dissonance in music, because real art is supposed to push the boundaries of the observers. It should make you uncomfortable, it should push your imagination into all corners of your psyche. And that’s just what the third piece of his recent turbulent three-piece EP series does.

Coming off the heels of Not The Actual Events  and Add Violence  (Review for that one coming soon), Bad Witch  starts off with a more digestible track, full of energy with a power punk feel swimming in an ocean of distortion. Eventually the song disperses with the standard format, dropping off in a swarm of chaos as the music leads off to track number two. At this point the album reveals it’s true self, as an interesting hybrid of acid house and industrial noise. There’s also much more sax playing going on this time around, which is a much welcome change. The instrument is layered upon itself multiple times to create a cycling drone, creeping slowly towards an ever growing peak towards the end of the first side.

True to form the lyrics are restricted but sharp, akin to the rest of the album with topics such as self-doubt, the unwillingness to compromise, and the crippling fear and relief of things coming to an end. A neat change is his deliverance of his message, opting for a more morose tone such as found on the track God Break Down The Door, very akin to the late David Bowie. In fact a lot of the compositions seem to take a lot of inspiration from him , which is of no surprise considering the influence from early on. With such topics, emotion, and a new style of singing, it’s surprising that vocals don’t take center stage in this release, with almost half the tracks being mostly instrumental, with sparse phrases scattered around the soundscapes.

As Reznor has spent a number of years making music for film, you can definitely hear the soundtrack work bleed into NIN, which upsets a number of his fans. But his more layered approach is what leads up to his wall of sounds, applying a more cinematic take on what goes on inside his head. It’s nothing new to him, but the last few years of focused has brought the atmospheric content more to the foreground. Hesitation Marks  (2013) signaled the start of this more contemporary style of music design, which focuses more on the details between the notes, how the reverbs echo off each other, how the tones clash through the combination of soothing melodic elements combined with utter sonic chaos of aggressive drums and bass. NIN has always had their creepy atmospheric vibes (I mean, he was responsible for the Quake soundtrack), so really it should come as no surprise that Reznor continues to hone his craft of unsettling his listeners, because that’s what most of us appreciate about it.