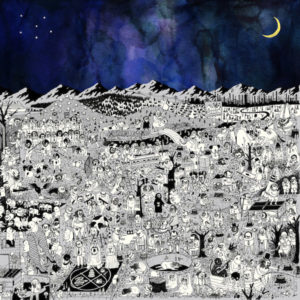 It’s preachy, it’s orchestral, it’s the third Father John Misty record. Formerly the drummer of Fleet Foxes, Joshua Tillman began releasing records as Father John Misty back in 2012. When discussing him, the closest comparison I hear most make is to “early Neil Young”. His last two releases were fun blends of folk and rock music, with a hint of country or gospel on some tracks. They were incredibly well produced beautifully arranged and showcased his abilities as a writer/arranger. That trend continues with this new record, but things are more sparse and drawn out compared to the shorter and more traditional structure of the songs on his last release. He takes an on-the-nose approach and sings about the fucked up state of the modern world, people pushing their agendas and ideologies, and themes that are more complex and depressing than most of his work so far.

All this comes together to create a record that is actually a bit hard to listen to. From start to finish, it lasts almost an hour and fifteen minutes. The album loses a fair bit of steam towards the middle, when the longest track, Leaving LA, drags on for 13 minutes and Tillman drones on about the end of the world, his fan base, his first memory of music and a myriad of other topics. But there are also some very strong tracks on this album. Total Entertainment Forever offers a quick, excellent blend of acoustic guitars and piano, A Bigger Paper Bag slows things down, taking a sombre but almost swingy approach.

Ultimately, he took a risk with this album. Pure Comedy doesn’t reach the highs of his first album Fear Fun, and it’s not nearly as consistent as his second release, I Love You, Honeybear. But in my opinion, it is still one of the better release I heard this year, so I figured it’s as good a place as any to start this list. 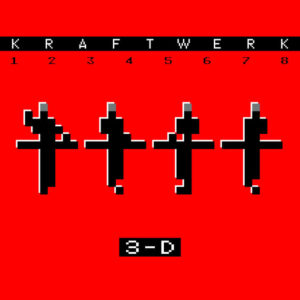 While their line-up has changed since they started releasing music in 1970, Kraftwerk has put out a ton of excellent music, a good chunk of which laid the groundwork for modern electronic music. If you don’t believe me, just look up their whosampledwho page (https://www.whosampled.com/Kraftwerk/). Or listen to the recently emerged genre of “synthwave”. Or one of the millions of songs that relies on 808 drum machines. Their music is a blend of spacey synthesizers melodies and vocoder vocals.

This release collects recordings from live shows by the band over the last 5 years, remixing and mastering songs originally released as early as 1974. As per the name, the idea here is to create more of a 3D audio effect than on earlier versions. Not to say that their older music needed fixing, but it sounds better than ever here for me.

If you decide to give this album a listen, you can opt for a monstrous, 8 disk version that covers nearly all the music they’ve released to date, or a shorter 18 track version that acts as a career spanning “best of”. Go for the former if you are already big into their music or the latter if you are unfamiliar with it. Either way, prepare for a crystal clear mix of excellently made, classic synthesizer tracks. 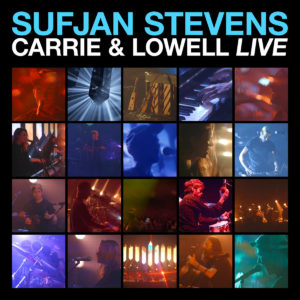 I love Sufjan Stevens. I’ve said as much in the last review I wrote for Oxygen Studios (link). It isn’t a stretch to say he may be my favorite artist period. But I’d be lying if I said I thought his 2015 album, Carrie & Lowell deserved the praise that was heaped on it. Stevens is extremely talented and has crafted whimsical, dense, beautifully arranged folk songs. He has done just as well with more stripped down, acoustic music (check out his earlier release, Seven Swans if you haven’t heard it). Carrie & Lowell was a case of the latter, but Stevens chose to take more of a lo-fi approach with recording. Lyrically, this was also claimed to be his most intimate/revealing album to date, on the basis that many of the songs were written about his own childhood and the album was created as a way to help him deal with the passing of his mother.

I wasn’t a huge fan of Carrie & Lowell back when it was released in 2015, but this new live version has effectively fixed the gripes I had with the initial release. The songs themselves sound much clearer to my ears despite these being live recordings. He also does a great job implementing members of his touring band, making the music feel a little more lively and the songs themselves far more distinct from each other. Things even verge into the crazier electronic side of his music on a few tracks (All Of Me Wants All Of You, Blue Bucket Of Gold). I especially loved the closing track, which is a cover song that I won’t spoil. It came out of nowhere and lends a fun, uplifting twist to the album’s end. It’s a great contrast to the much of the music that precedes it and it almost acts as an emotional palette cleanse. Carrie & Lowell Live isn’t like the Kraftwerk album above where a band had effectively improved on some classic music decades later. This is an artist who artist who took what I would argue were some of his weakest songs to date and within 2-3 years, turned them into some of his best.

I debated about putting Planetarium, another album that Stevens had released this year, instead of Carrie & Lowell Live in this spot. While both are excellent, I feel like this album earns bonus points for how consistent it is (Planetarium drags on a bit too long and is broken up by too many ambient tracks that run a little too long) and due to how much these songs have improved from their original versions.

Favorite tracks: All Of Me Wants All Of You, John My Beloved, No Shade In The Shadow Of The Cross, My Blue Bucket Of Gold, (last song) 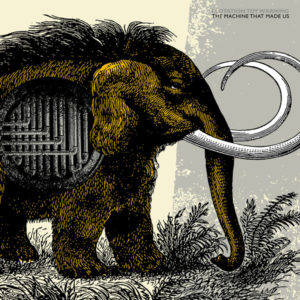 1) The Machine That Made Us – Flotation Toy Warning

Who the fuck are these guys? Unlike all these other artists, I’m not really sure. I had first heard them back in 2013 or so, through their first and only release at the time, Bluffer’s Guide To The Flight Deck. I think the closest comparison I have is a mix of two other classic albums, In The Aeroplane Over The Sea by Neutral Milk Hotel and The Soft Bulletin by Flaming Lips. If I had to sum up Flotation Toy Warning what comes to mind is weird vocals and near perfect back-up vocals/harmonies, strange samples (Cartman yelling “Beef Cake”) set to looping guitars and slow, lo-fi keyboards, with some string instruments and horns to tie it together nicely.

I would call it one of the most underrated albums I know, but then they released another and it still didn’t gain the traction/attention it deserved. The Machine That Makes Us isn’t really that different from the description I gave above, but it takes all of what makes them a such a fantastic group and makes it better. Things are a little more layered and well mixed, the singer has improved but still manages to be unique and interesting. The songs are more memorable and even better sequenced this time around. The 14 year gap between the two releases was kind to this band.

Favorite Tracks: Every single one. Listen to this whole album. Enjoy.