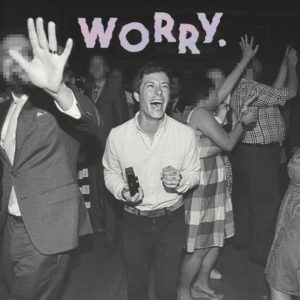 One of my earliest memories of really enjoying music is listening to my brothers Green Day’s Dookie on his CD player. I was around 4 or maybe 5 years old. I listened to Basket Case, When I Come Around and Welcome To Paradise enough to break the CD. This album was fun, focused and endlessly catchy. Green Day and other “punk” bands like Blink 182 and Weezer found immense success during the 90s, and with good reason. Their music was approachable, well written and ultimately, lots of fun. The vocals and harmonies were clear and imitable, the drumming was frantic and the guitar riffs would really, really stick in your head.

Lots of punk music from the 90s did these things extremely well. There is a reason why Green Day has become more synonymous with punk than The Sex Pistols, What’s My Age Again by Blink 182 has 55 million views on YouTube and Pitchfork gave a reissue of The Blue Album by Weezer a 10. In the years following, Green Day went on to churn out more serious and pop focused music than ever before, Blink 182 broke up, reunited and released nothing of note, and Weezer just retreaded their older material.

I mention all this because I never thought I’d enjoy punk music as I had back then. Nobody was going to marry pop and punk like Dookie, so why pay attention even? Then, I heard WORRY. By Jeff Rosenstock in late 2016. 20 something years later for me, something finally compares. It is just as well written and produced as Green Day, Blink 182 and Weezer were during the 90s. These tracks will make you want to sing/yell along, but Jeff does employ a few tricks that I would argue, allowed him to even surpass these bands at their prime.

First, Jeff’s abilities as a multi-instrumentalist. While this is a guitar driven album, keyboard is also extremely prominent throughout sometimes as a central focus (We Begged 2 Explode, Staring At The Window At Your Old Apartment), layered on top of other instruments (June 21st) or between them (Festival Song, HELLLLHOOOOLE). This, coupled with the occasional use of saxophone, bell or even kazoo helps the album feel varied and makes the songs sound distinct from one another.

Second, the album manages to be incredibly well sequenced. The first half of the album contains tracks that stand on their own as singles, while the last half of the album is effectively a giant medley. I feel like this approach is really ambitious, and almost unheard of for punk music, to my knowledge. Its incredible the way the album can effectively bounce between styles, from the Ramones-esque Bang On The Door, to the Ska sounding Rainbow, to the hardcore tinted Planet Luxury, without losing focus or running too long.

Third, and what really made Worry. stand out for me the most, was that it was immensely relatable, moving and intimate. The topics that Jeff sings about, growing old, becoming distant from friends, gentrification, consumerism, death, are all rooted in a general theme of things that people worry about as they get older. The album manages to be just as fun to listen to as the peak material of the artists I mentioned initially, but the themes feel more mature and thoughtful.

Despite all my praise, this isn’t a perfect album. There are some weak tracks, like Blast Damage Days, which doesn’t come close to as good as the other ballad-type tracks in the first half. The closing track, Perfect Sound Whatever also isn’t nearly as strong as the tracks that precede it. I also feel like his first album, We Cool?, which I had only heard after Worry. Was a bit better, but this was probably because it hit home a bit more lyrically. Also, neither release can hold a candle to Jeff’s excellent live shows. Ultimately though, Worry. Is a fantastic release that managed to make me feel like a kid again and reflect on my own life in equal measure. If it managed to do either, I’d say it’s worth a listen, but the fact that it managed to do both is what makes it such a great album.