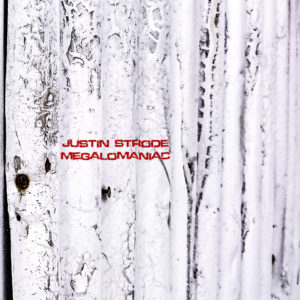 Now that the RPM Challenge is completed, I’m finally able to present the latest creation out of Okzygen: Megalomaniac by Justin Strode! Yeah I know, that’s me, it’s a solo album. The beauty of having this space is being able to utilize it for personal projects, so every now and then I do an album. It happens.

As some of you know, this was created as part of the Record Production Month challenge, which limits you to recording an entire albums worth of music within the month of February. I decided to take it a step farther and do everything within a month, including writing, recording, mixing and mastering. This album allowed me to explore my current ability to work within limitations in the studio, and helped me find ways to push through problems.

Almost everything was done in-the-box, with guitars and bass fed directly in to S-Gear amp sims. Drums were done with SSD4 (Steven Slate Drums) and the keys/synths were handled with a myriad of programs such asNative Instruments Kontakt, Novation’s Bass Station, KORG Monopoly, and many more.

Listen to the album in full in the player below, and look forward to a physical release sometime down the line!