Arsis – A Diamond For Disease 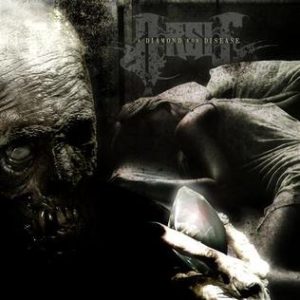 Finally I can get to something Metal! I was introduced to Arsis many years ago by my guitar teacher, whom had a fantastic taste in music and expanded my horizons into the underground. I went in wanting to learn something by Slayer right off the bat (which did somehow happened, don’t ask me). Granted I had been playing bass for a year or so before, but this is all irrelevant to the article at this point. The important thing is that she introduced me to a whole new level of brutality I wasn’t aware existed. I had been stuck on the notion that bands like Slayer epitomized evil in music, which isn’t exactly wrong, but they were just the skin on top of this treasure trove of extreme music. We delved into Children of Bodom, Cannibal Corpse, Death, At The Gates, Carnal Forge (pretty cool Canadian thrashy kind of thing, you should check them out), Necrophagist, and countless other groups. Somewhere in the mix CD she lent me was a band called Arsis, which included their 2005 EP “A Diamond For Disease”. I never really delved too far into the last couple of tracks, one being an Alice Cooper cover, and the other running it at under 3 minutes. I was too obsessed with the nearly 13 minute long epic that is the title track.

13 minutes of unadulterated brutality painted with incredibly versatile guitar work, technically pounding drums, grimy  bass guitar, and a style of guttural screaming which I still strive to recreate today. Most people akin to this style of music would probably look at the length of this song and just walk away, but for myself the length alone seemed virtuous in its own, and the fact is the song sounds consistently fresh throughout the entire length. Partly because it maintains a sense of melody throughout, being engineered with 3 consistent guitar tracks (not including any sporadic overdubs), allowing the guitars to weave a sense of drama throughout the piece, taking momentary breaks from the soul crushing drums to create a melancholic atmosphere, seemingly inspired by the old school classical concepts of the rise and falls, those particular intervals which sound so “old school.” The technical skill in the hands of the guitarist are utilized very well, with examples of fluid sweep picking and legato work on top of straight speed picking. The vocals deliver consistently throughout the arrangement, underlain every now and then with some harmony (if you can call it that). Even during some of the more open aired passages the vocals manage to blend in properly, unabashed by the anger in deliverance.

Listening to the Alice Cooper cover, “Roses On White Lace”, they definitely make the song their own. I honestly don’t have much experience with Alice Cooper (yet), but Arsis infuse their sense of aggression so seamlessly into the existing tune it can almost come off as an original to someone unknowing. This and the final track, “The Promise Of Never” tie the EP together at just under 19 minutes. The last track is more in line with their main style of writing, which makes sense since it’s a re-recording of one of their older tunes from 2001; short and to the point, while still full of hooks and powerful riffs. The track starts off running, and maintains a gallop through the entire two minutes and fifty seconds. Only momentary breaks on the drums to allow a breath for the drummer it seems, as they constantly shift between full on double kick, stutters, blast beats, and a surprising number of other techniques in such a short amount of time.

The only issue, which is almost always preset in death metal, is that the bass is too damn quiet! The tone is fantastic and from what I can hear the playing is pretty spot on, but it’s sometimes tough to make out. This might be due to the triple tracked guitar style with the center track taking up too much sonic room, but it’s most likely that the whole instrument is just too low in the mix. Granted, there’s already so many things happening at once that you don’t feel like you’re missing out on too much, but it would be nice to acknowledge the work put in to it. Although it’s also worth noting that all the guitars, bass and vocals were handled by one person.

If you’re into this style of music and haven’t given Arsis a chance yet, I highly recommend you start with this piece. If you can get through the first song without getting bored, then I suspect you’ll have a much higher appreciation for their full length albums.