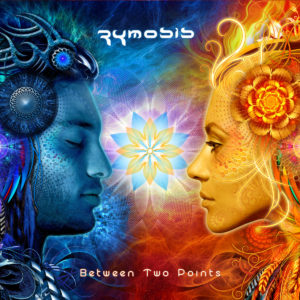 Zymosis –  zy·mo·sis (zī-mō’sĭs) n. Fermentation. The process of infection. An infectious disease, especially one caused by a fungus.

A fitting name to the electronic artist, Zymosis creates an enveloping soundscape of sonic exploitation throughout their music utilizing real world samples, otherworldly manipulations, and elements of breakbeat, psytrance, and downtempo. Hailing from the Ukraine, Dmitry Lihachov and a cascade of other artists have been creating ethereal magic for over ten years.

I stumbled on their music while doing research for one of the Nopheros albums a few years back. The acoustic guitar in the track Awakening is what really did me in. Most of the music I had been listening to was all digital, in the box creations made with laptops, little MIDI keyboards, the basic bedroom producer stuff. Most of it was great, but the sterility of it all made it lacking that human element. But to hear an acoustic instrument permeate the alien soundscape of digital sound manipulation, arpeggiating synths and echoing drums was refreshing. It had been done before, but the emotion in that track struck a chord (heh.)

Between Two Points was released in 2012, and was one of my first experiences dealing with the never-ending branches that are electronic music sub-genres. I swear most of this shit is just made up on a project-to-project basis. As mentioned above, the album fuses elements of breakbeat, ambiance, psytrance, downtempo, and probably a whole swarth more I don’t know the names for. But this desire to compartmentalize genres into easily digestible sound bytes should be thrown away when listening to the music. Just enjoy the soundscapes as they’re presented.

The use of repetition is a major element at play, with most of the songs being based around one or two motifs, but built and layered upon over time to create a sense of motion. Path of Nocturnal is a decent example, as the song moves about into new territories, it always maintains either the main percussive glitch noises or the ghostly melody. It builds on a sense of urgency as the music becomes denser and filled out. All the while maintaining this infectious groove, slowly creeping on you as you start to move with the music.

For mostly instrumental music, Between Two Points has its emotional moments too. The song She starts with dense strings filling in the background, with an arpeggiated bass pattern opening up into a more rounded piece of music, filled with live drums, vocal modulations, warm synth pads, all while conveying a sense of loss and desire. But that might just be me.

This album is definitely worth checking out, regardless of what kind of music you might be in to. The sense of repetition might be enough to turn some people away, but those who commit will not be disappointed.